The Arkhangai and Khentii provinces of Mongolia are characterized by extreme climate conditions, with long, cold winters and highly variable and unpredictable weather. The population is nomadic and lives mainly off husbandry, with little or no knowledge of horticulture or access to training. With revenues below national average, these territories face urban migration and high unemployment among the suburban population.

Working in partnership with GERES, the Foundation aimed to increase food security and income in the Arkhangai and Khentii provinces, by helping develop quality vegetable production. This was done by disseminating passive solar greenhouses (PSGH) and complementary tools, based on the direct capture of energy and night-time release of solar heat, captured during the day through specific thermal mass walls. The program also helped build bio-climatic cellars to store vegetables and reduce waste. Supported by producers and small-scale business groups, technical training in schools, for both teachers and students, helped disseminate knowledge, build self-reliance and create the conditions for community empowerment. Training sessions also focused on building nutritional awareness, thus promoting more balanced diets to improve health conditions among local communities.

By providing equipment and education through four pilot PSGHs in schools, the program allowed vegetables to be grown and stored effectively, thus extending the farming season from less than four months to eight to ten months, in an extremely cold climate. It also improved the availability of fresh vegetables throughout the year, leading to an improvement in the nutritional status of the region’s rural population. Training session participants also benefited from regular follow-ups to consolidate agricultural knowledge, which helped them become rapidly self-reliant. By setting up vegetable production groups for sedentary rural inhabitants, the program also created new jobs and helped generate additional income.

I used to have no income apart from my pension and the situation was difficult. Since being involved in the project, we have produced a lot of vegetables and I can now feed my grandson well. And when I have to buy something at the market, selling a few tomatoes enables me to pay for it. Life is much easier now. 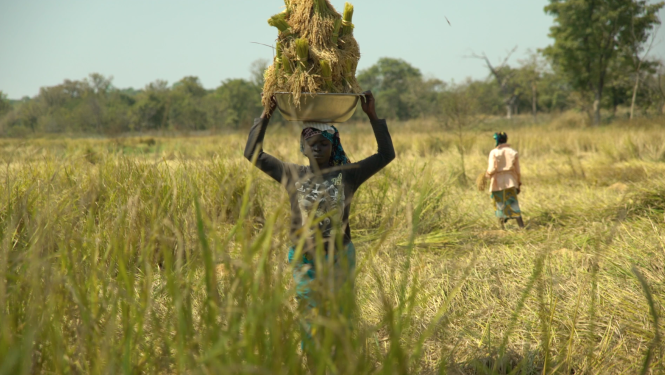